Share a memory
Obituary & Services
Tribute Wall
Read more about the life story of George and share your memory.

George’s life was a true life of service to his family and his community. Over 33 years, George served in state and local government; as the Mayor of Ambler for 11 years, as President of the Ambler Borough Council for 4 years, and as a Pennsylvania State Representative for 14 years from 1980 to 1994. While in Harrisburg, George served as chairman of the task force for American Legislative Exchange Council in Washington from 1986 to 1994. Among his legislative accomplishments were the introduction of stricter drunk-driving laws and outlawing of live pigeon shoots.

George’s presence was felt in many aspects of the Ambler and state community, being actively involved the Ambler Kiwanis Club, the Montco SAAC, the Ambler Chamber of Commerce, American Cancer Society, American Trauma Society, Wissahickon School Authority and Calvary United Methodist Church. George helped start Rising Sun Youth Services at the Ambler Theatre and the Senior Games of Montgomery County in 1985. George was recognized by the Marquis Who’s Who of America in the Executive Spotlight of “A Lifetime of Achievement, Vol III 2021”.

In his retirement years, George and his wife, Mary, moved to ACTS at Fort Washington Estates, where George became active in his new community, enjoying the many activities and volunteering in many ways to make life interesting for the residents. George was an avid reader, thinker, creator and writer, and he enjoyed sharing his thoughts and putting ideas into action. At Fort Washington Estates he wrote plays for the residents, and then directed and performed in them. During these years he wrote and published three books, “The Tale of Two Trees,” “We’ve Done Them Wrong,” and “Revisiting the Memories of Yesterday.” He also wrote many letters to advocate for his values and interests. He became an Ambassador of Hope for Shared Hope International. At the time he passed, George was working to gather support to help improve and revise the reservation system for Native Americans.

In addition to his parents, George was preceded in death by his beloved wife, Mary (Ewen) and three brothers, Richard, Robert, and Harry (Quay).

George will be remembered as a servant of all people, with a loving, helping hand always extended. His character was that of a gentleman, always showing kindness, humor, a smiling face, and a thankful heart. He will be greatly missed by his family and many friends. Memorial services celebrating George’s life will be held at Fort Washington Estates, 735 Susquehanna Rd., Fort Washington, PA on Thursday, October 20 at 7:00 PM and on Saturday October 22, 2022 at 11:00 a.m. at Calvary United Methodist Church located at 16 Park Ave, Ambler, PA. Friends and family may call beginning at 10:00 a.m. until the time of the service. Following the service military honors will be rendered by the United States Army in the Church Sanctuary.

In lieu of flowers, memorials may be sent to Montco SAAC, 45 Forest Ave., Ambler, PA 19002 with "In Memory of George E. Saurman" in the memo.

To send flowers to the family or plant a tree in memory of George E. Saurman, please visit our floral store. 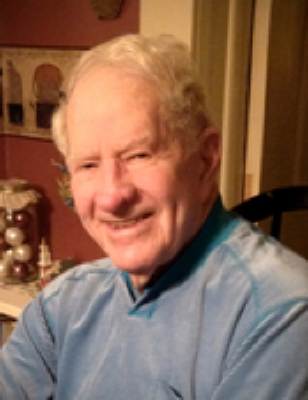 "To the memory of George E. Saurman"